Blackane, a tropical-like cyclone that has been under the influence of the Black Sea since the past days, has caused many people to lose their lives and cause destruction. Sea water temperatures are effective in the formation of such cyclones.

Contrary to popular belief, although it is called the Black Sea Hurricane, it is not a hurricane. Cyclones in the Black Sea region often do not reach the size of a true hurricane. Because both the surface areas of the oceans and the geographical regions where they are located are wider than the sea and thus they gather more power.

The increase in sea water temperatures provides the energy and humidity needed for the formation and development of severe weather events. Even small changes in such conditions can initiate very strong storms. Therefore, simulation of small perturbations in existing numerical models greatly improves predictability. The rising sea water temperatures in the Black Sea region and the cool air coming from the north create a very favorable environment for the formation of Blackane. Blackane causes very heavy rainfall. The Black Sea region has been struggling with flooding since last week. The cyclones formed in the Mediterranean region of tropical-like storms that show this type of formation are called Medicane.

The sea surface temperature anomaly obtained for the month of July 2021 in the 1991-2020 reference range obtained from the NCEP/OISST data is as in figure 1. It is clearly seen that sea water temperatures have increased in the region of the Eastern Black Sea Region. At the same time, the rise in the Aegean region draws attention.

Figure 2 shows the sea water temperature image a few days before Blackane formed. It is seen that the temperature is around 30 °C.

In the WRF outputs we obtained in high resolution (3 km), the wind at the level of 10 m moves in the cyclonic direction. The cool air coming from the north came together with the high sea temperature and created the necessary conditions. Blackane, which entered through Sinop and Samsun, reached the province of Bartın and influenced the Eastern Black Sea region.

As a result, the data shows that increasing sea water temperatures and potential Blackane’s are waiting for us.
Accordingly, it is of vital importance to take measures and minimize possible damages before natural disasters (such as floods) increase as a result of convective events in coastal areas. For this, as URClimate, by analyzing the meteorological conditions that may cause extreme weather events; Thanks to our high-resolution outputs, we offer you a strong insight. 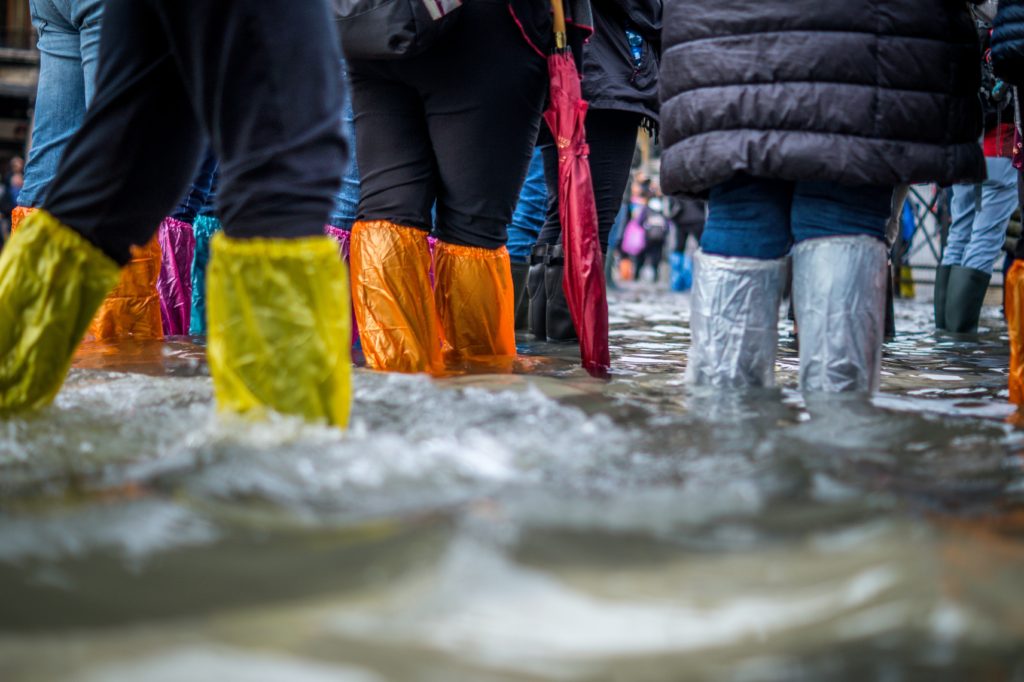